The orbital portion of the optic nerve, which is composed of densely packed myelinated axons from the retina, extends posteriorly from the globe to exit the bony orbit via the optic canal. The nerve is surrounded by three layers of meninges: the tough outer dura layer, a delicate sheath of arachnoid and the vascular pia mater. Posterior to the optic canal the sheaths are continuous with the meningeal coverings of the brain. On leaving the optic canal the intracranial portion of the optic nerves pass backward, upward and medially to converge at the chiasm.

The optic chiasm is situated at the junction of the anterior wall and floor of the 3rd ventricle. It sits above the pituitary gland and has the internal carotid arteries passing laterally on either side, the arteries having pierced the roof of the cavernous sinuses (which are positioned below the lateral edges of the chiasma). 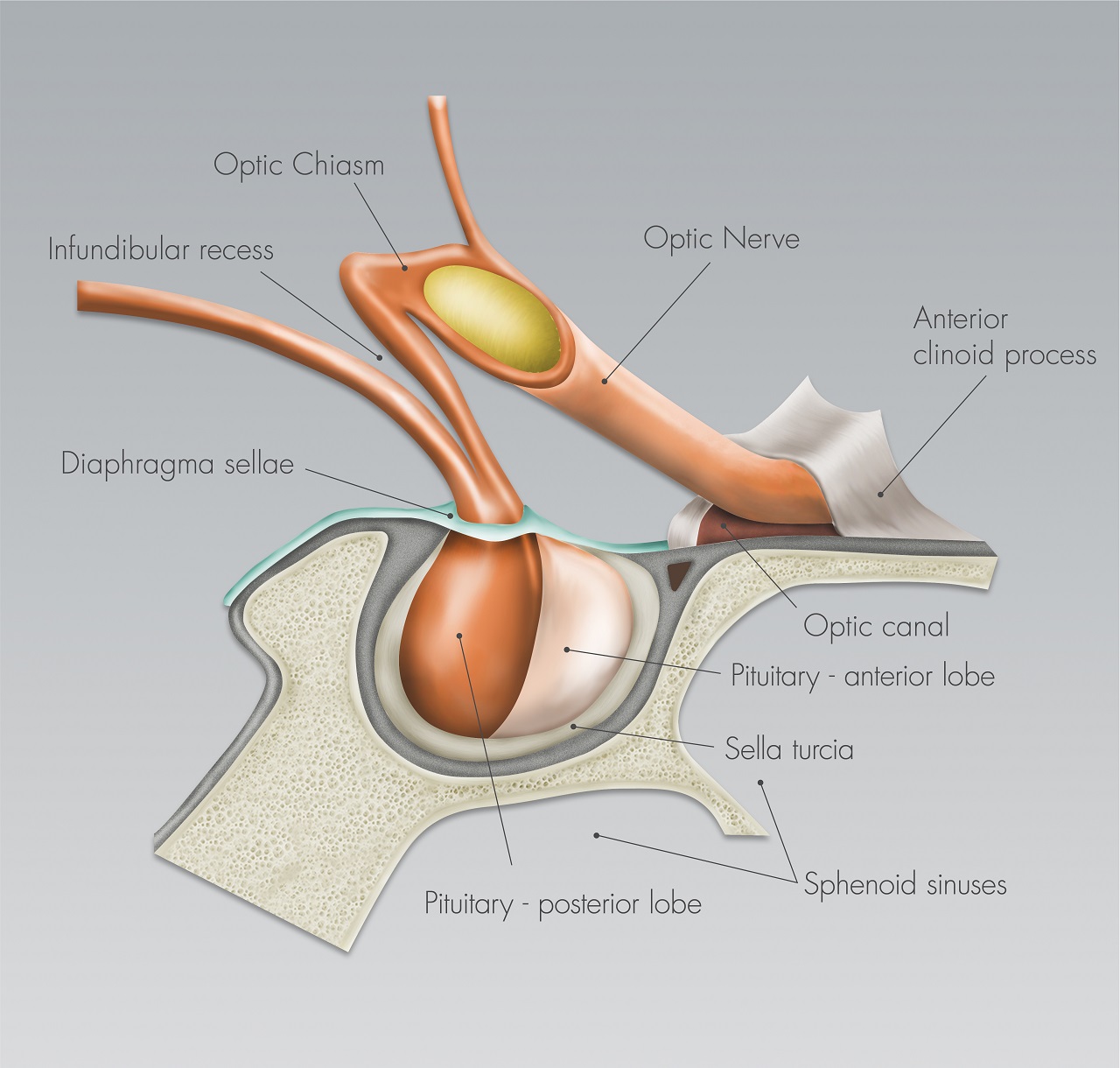 In the chiasm the nerve fibres from the nasal retina cross the midline and enter the optic tract of the opposite side. More specifically the nerve fibres from the inferior retina cross anteriorly in the chiasm, whereas the superior nasal fibres cross in the posterior part of the chiasm. This has clinical relevance as a unilateral lesion impinging on the anterior chiasm can give rise to a superior temporal field defect in the contralateral eye eg a meningioma compressing the right optic nerve and anterior chiasm may result in a right central scotoma and also a left superior temporal visual field defect (junctional scotoma) due to involvement of the crossed inferior nasal retinal fibres (Wilbrand's knee) from the left eye.