Infectious endophthalmitis can be classified as exogenous if the organism enters from the external environment, and endogenous if the infection enters the eye haematologically from a bacteraemia.

All potential cases of endophthalmitis are regarded as an ophthalmic emergency and even delays of several hours can affect the visual prognosis. Diagnosis is confirmed by obtaining intraocular specimens (for culture and microscopy) from both the anterior chamber and vitreous cavity. Intravitreal antibiotics eg amikacin and vancomycin, are the mainstay of treatment and should be administered immediately in any cases of probable endophthalmitis. Management often involves the use of additional agents including mydriatics, intraocular pressure lowering drops and steroids. 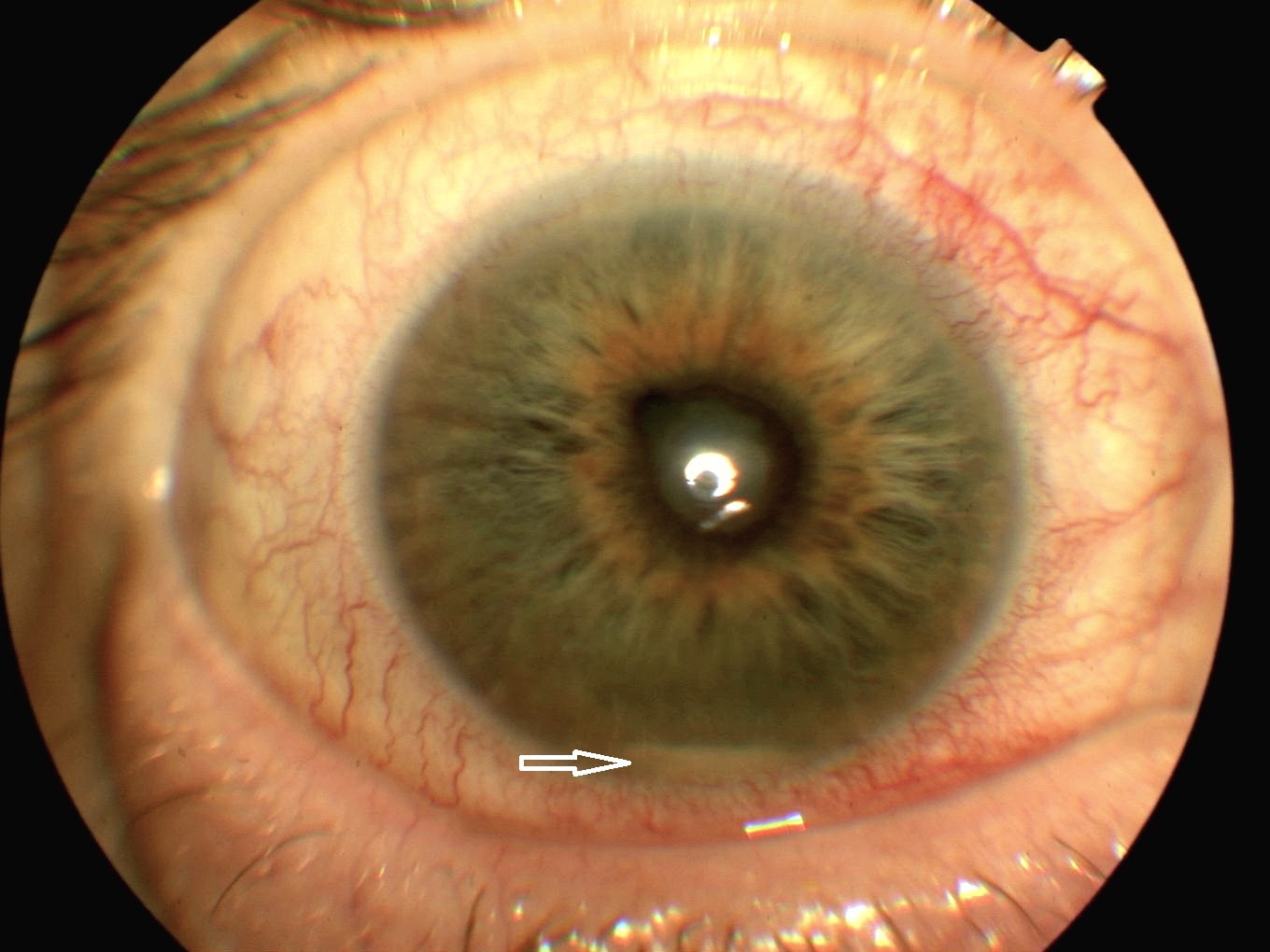 Endophthalmitis right eye: Injected conjunctiva, small pupil (miosis) due to posterior synechiae and the key sign of an inferior hypopyon (highlighted by arrow).